You may think that you “just want to be happy.”  But, it turns out, that’s not enough.

It is not surprising that you  would think you would just want to be happy because “happiness is like the holy grail” according to Sonja Lyubomirsky, a professor of psychology at UC Riverside and author of The How of Happiness: A Scientific Approach to Getting the Life You Want.   “People around the world want it.  If you ask people what they want for their children, they’ll say for them to be happy.  It’s in our Declaration of Independence.  It matters to and affects everyone.” 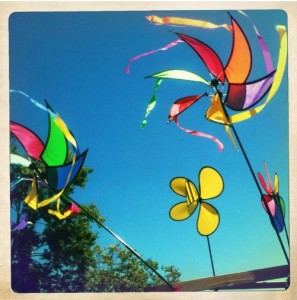 The New York Times reported that Martin Seligman, the founder of the positive psychology movement and professor of psychology at the University of Pennsylvania, has observed that there seems to be more going on than simply a search for happiness in our lives.  While the “new science of happiness” has clearly been a worthy pursuit–people that are happier live longer, are more successful, and have healthier lives– maybe it is not the whole picture.

Seligman wondered: If we only wanted happiness, why would couples go on having children even though the data clearly shows that parents are less happy than childless couples?  And why do billionaires desperately seek more money, when research about lottery winners demonstrates that more money does not equal more life satisfaction?

Seligman, an avid bridge player, observed how some people keep joylessly playing bridge.  “They never smiled, not even when they won.  They didn’t play to make money or make friends.  They didn’t savor that feeling of total engagement in a task that psychologists call flow. They didn’t take aesthetic satisfaction in playing a hand cleverly and ‘winning pretty.’  They were quite willing to win ugly, sometimes even when that meant cheating.

“They wanted to win for its own sake, even if it brought no positive emotion. … They were like hedge fund managers who just want to accumulate money and toys for their own sake. Watching them play, seeing them cheat, it kept hitting me that accomplishment is a human desiderata in itself.”

In his 2008 book, Gross National Happiness, the economist Arthur Brooks argues that “what’s crucial to well-being is not how cheerful you feel, not how much money you make, but rather the meaning you find in life and your sense of ‘earned success’ — the belief that you have created value in your life or others’ lives.

“People find meaning in providing unconditional love for children. Paradoxically, your happiness is raised by the very fact that you are willing to have your happiness lowered through years of dirty diapers, tantrums and backtalk.  Willingness to accept unhappiness from children is a source of happiness.”

Selligman concludes that the job of positive psychology is to describe rather than prescribe.

He doesn’t want to change what people value but, whatever it is, to help them get better at it.  That’s also my approach.

Together we can discover what it is.  You may be surprised by the discovery.

Recently one of my coaching clients was at a crossroads in his career.  He was considering whether he should apply for the CEO position in his organization or instead leave the organization for some other job.  Staying in his current position was not a consideration.

To answer this question about his future, we engaged in a process of discovery using Appreciative Inquiry that involved understanding what his strengths were and collecting feedback from others about what it was that he did best.  We learned what he did well, and what he valued in his life and his job.  By analyzing that information, suddenly, what gave him meaning and purpose became crystal clear.

Guess what he realized as a result?  That the job he was doing right now was a job where he contributed meaning in life in ways that he valued.  And, he also realized that what he did in his job was appreciated deeply by others.  His impulse to ambitiously pursue another job was not what he wanted after all.  He had what he wanted right in front of him.

Resolving the nagging feeling that he should be more ambitious was a tremendous relief.   Now he could go on to developing his current job in ways that were consistent with what he did well and would give him a renewed sense of “earned success.”

If you feel that you are not fully achieving what you value in your life to have a meaningful and happy life, please call me for a free complimentary session at 805.448.7681 or schedule a session using my on-line calendar.